OK, I may not be the LAST Baby Boomer… but almost. ’62, ’63, ’64, these demographical assignments are not an exact science. The thing is – I have my perspective. It began sometime around “Woodstock” (they say 7 is the age of reason) and took hold through the following decade. I still think I’m cooler with long hair, even though my front to back comb-over is wearing way too thin. I remember our first color TV and our alphanumeric phone number, dialed, of course from a rotary phone. As a teenager I assisted my father, foreshadowing my own career in graphic design; developing photostats, smearing rubber cement on the back, slapping it down on a paste-up board and sending the galleys off to the printer. I made my music using a state of the art “tube” amp and headed into the recording studio to capture it all on 2 inch wide tape.

It was all so tangible; glue makes things stick, the bigger the recording tape – the more tracks you can cleanly record to it. These were the waning days of the industrial age. The bigger the better. Mechanical. Everything there for us to see right before our eyes. But just a I came of age it all began to change.
I remember listening to the first CDs in the mid-eighties. These were notable in no small part for there sonic superiority to vinyl. No scratches , no “pops”, no warpage. For those of us still befuddled by how the heck sounds emerge from a needle sliding through a spiral groove on a twelve inch circle of vinyl, imagine our incredulity by a four and a half inch disc of smooth surfaced silver (I can hear my 5 year old now beseeching me not to “touch the rainbow”) producing the same experience…and then some. What the hell are these things? How do they work? I’ll go out on a limb here and surmise that after asking ninety nine people MAYBE the hundredth MIGHT know.

While arguably many of these technological advances were born in the private clubs that split the atom and raced us to space, the fact is they are now ubiquitously placed in every layman’s daily existence. We have firmly set forth on a continuum that we turn to the futurists to shed light on. It is no longer only a question of what cool digital device will come next to market – but how will it effect our social experience. 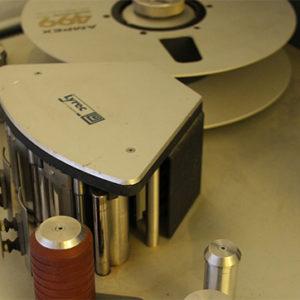 We sat in front of that new color TV watching one of a handful of stations available. And when there was nothing on that we wanted to watch…we turned it off. We listened to Led Zeppelin, The Beatles, James Taylor because that is what the radio exposed us to. There may have been others but unless you could proactively dial in that weak college signal you’d never find them. And if you did, take it from me, recording in the studio on 2 inch tape is quite a bit more expensive than launching your “Garage Band” app. There just wasn’t the quantity of music available.

Today we consider how much “screen time” is healthy for the kids. Is Facebook a viable advertising medium for business? Should educators forego their textbooks? Is “the cloud” secure? Are Intellectual property rights being respected? are privacy issues being considered? Is cyber warfare being waged? Are drone attacks moral?

The tangible seems to be more and more evasive. We’ve entered the age of the infinitesimal. The days of nano-probes and gene-splicing, terrabytes of information stored on a one inch wafer. This is the stuff our minds have yet to truly comprehend. If I knocked two pieces of wood together with a hammer and a nail, you could understand how that wood was hewn from the center of a tree and even how the hammer and nail was forged; how I had my “Wheaties” for breakfast, used my energy to lift the hammer and could strike the nail through the wood. But a cellphone? Go ahead tell me how THAT works. Not only can they grab some invisible signal out of thin air but they hold ten times more memory than my beige Mac circa 1994. A CD? Care to extrapolate? For most of us the quandary is no different than contemplating the vastness of the universe. Its just …backwards. we are not venturing out, we’re venturing in. That slice of apple can continue to be cut in half – until its so small, you can’t even see it anymore.

And there you have it. We can’t see it anymore. Smaller has become better. The youngest of adults know little else. How could they? They are children firmly planted in the information age while their parents find themselves straddling the age they were born to and the age they are living in, an age they are currently “in charge of” – informed by a fading past, decision making for a bold interconnected future. In a world that is getting …smaller.

To be sure, human nature is human nature. Societies will always struggle as they grope with and adapt to their morphing technologies. Few would argue, however, that we have reached the end of one time, and the beginning of a new one, there is no turning back. We’ll have to learn how the cellphone works, let alone CDs, at least as well as the principles of an internal combustion engine. that is to say: “somewhat”. Much remains to be seen as we rediscover ourselves in the infinitesimal, deciding along the way how to use unimagined new tools for education and health, politics and business. The only question left unanswered – What to do about our darn combovers”.