I consider myself one of the last baby boomers; asleep in my cradle as an assassin tore camelot asunder, legally overt segregation in its final years. My peers and I were born at the end of an epoch of innocence, and entered into a culture of anything but. ( I googled if “anything but” is used properly to end a sentence, but decided against researching this too aggressively. I will proudly use it, since I believe the sentence, for english readers, is clear, and my philosophy is to push against the walls of convention. Budge them a centimeter or two.  Such is the nature of humanity, no? I digress….)

One of my earliest musical memories is Woodstock… I think. I was 6 and felt compelled by inexplicable urges to cut out a large purple peace sign from construction paper and hang it from the overhead light fixture in my suburban New York bedroom. The next day I asked my parents for guitar lessons. My way into the culture was the iconographic images of the day; a young man, sitting on the grass, playing a dreadnaught guitar. I’m guessing I caught a segment on the nightly news in the summer of ’69 that resonated with me. Cronkite, Reasoner – I don’t remember them or their news, but I definitely remember remembering them. Accuracy for me has long been overrated. Paint me an abstraction, a vague recollection and, for better or worse, I’ll go with it. 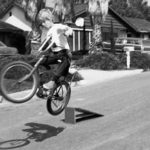 We were all part of this age of interpretation. We had not quite entered the age of information. We were the last analogues. The last sting-rays without a helmet. The last cassette recorders waiting dutifully to have their play and record buttons simultaneously pushed to capture that new hit coming over the last transistor radios. The last youthful innocents, we were, soon to be weaned on the atrocities of Viet Nam and despicableness of Watergate. No longer would we look to leaders, we would now look to ourselves.

And the narcissism has officially run amok.

I take this moment to reflect, for reasons that may be obvious to some. Toto! Where the hell did Kansas go! Science is under attack. The middle-class seems embroiled in the 6th mass extinction. Artificial intelligence is here while an utter lack of intelligence rules the free world. All bolstered by a tiny cadre of self-interested corporatists making a cynical power grab while 90 percent of the population are expected to somehow fend for themselves. They no longer seem to be satisfied to allow us a beer at the end of a hard days work in an effort to keep us just comfortable enough. They are ALL IN now. For them its time to grab it all and build the bunkers.

So much to sing about now. So much to fight for. It’s almost laughable to think that the 60’s, was a time for social revolution. It certainly was. But the Twenty Teens!? The Freaking Twenty Teens! We need to figure out what’s what. I mean Steve Bannon doesn’t look anything like the fascists from my history books.